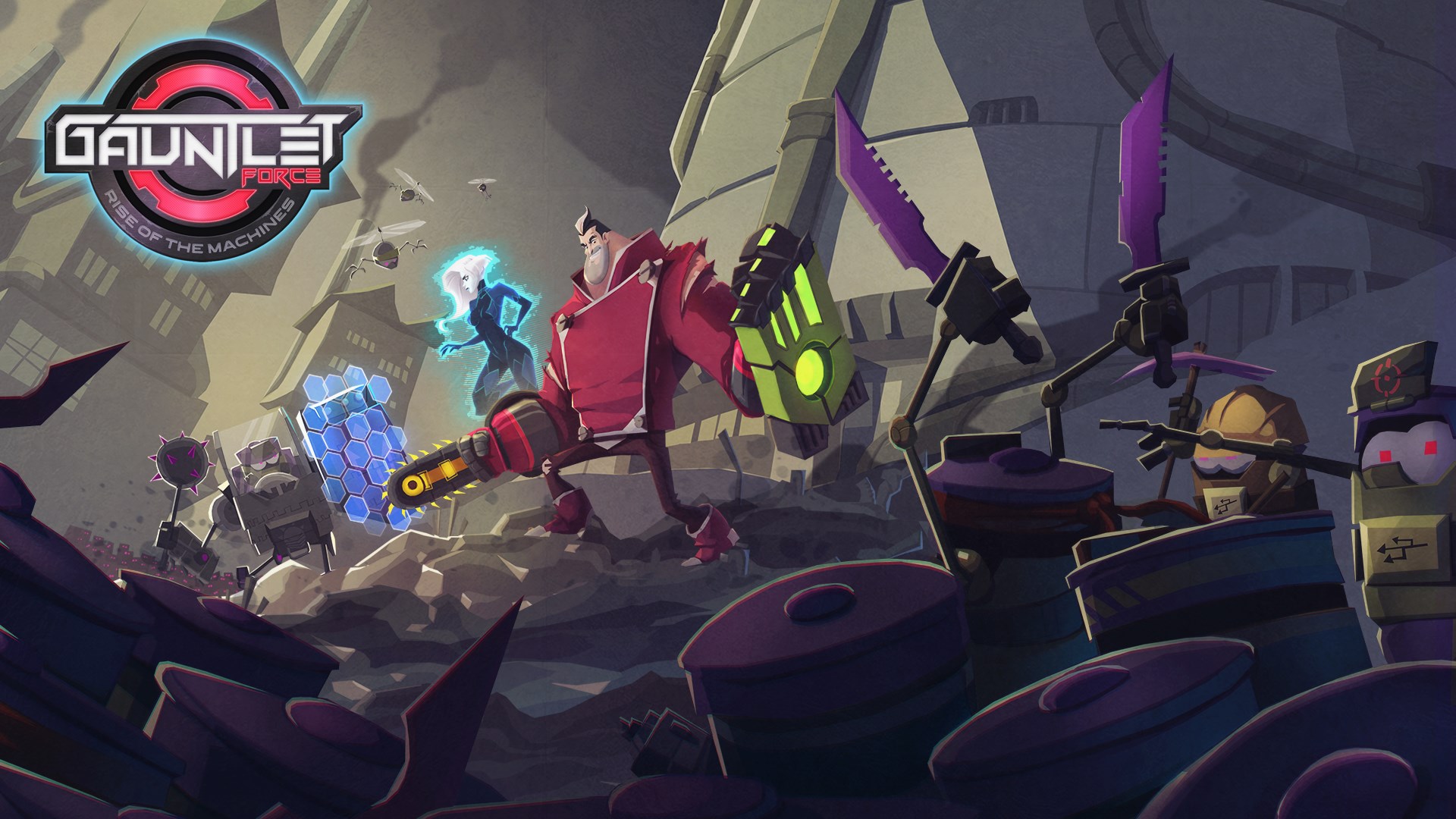 As an army of mechanical minions lead by Baroness MadHead is threatening the world, two heroes will rise, the only two soldiers left from the Gauntlet Force, Major B. Campbell and the advanced AI Venus! Equipped with the new, powerful Omni Gauntlets they will lead the fight to the Baroness's Fortress of Doom, a lair filled with traps, threats and many secrets. Will our heroes manage to defeat the evil Baroness's army and stop her plan for world domination?